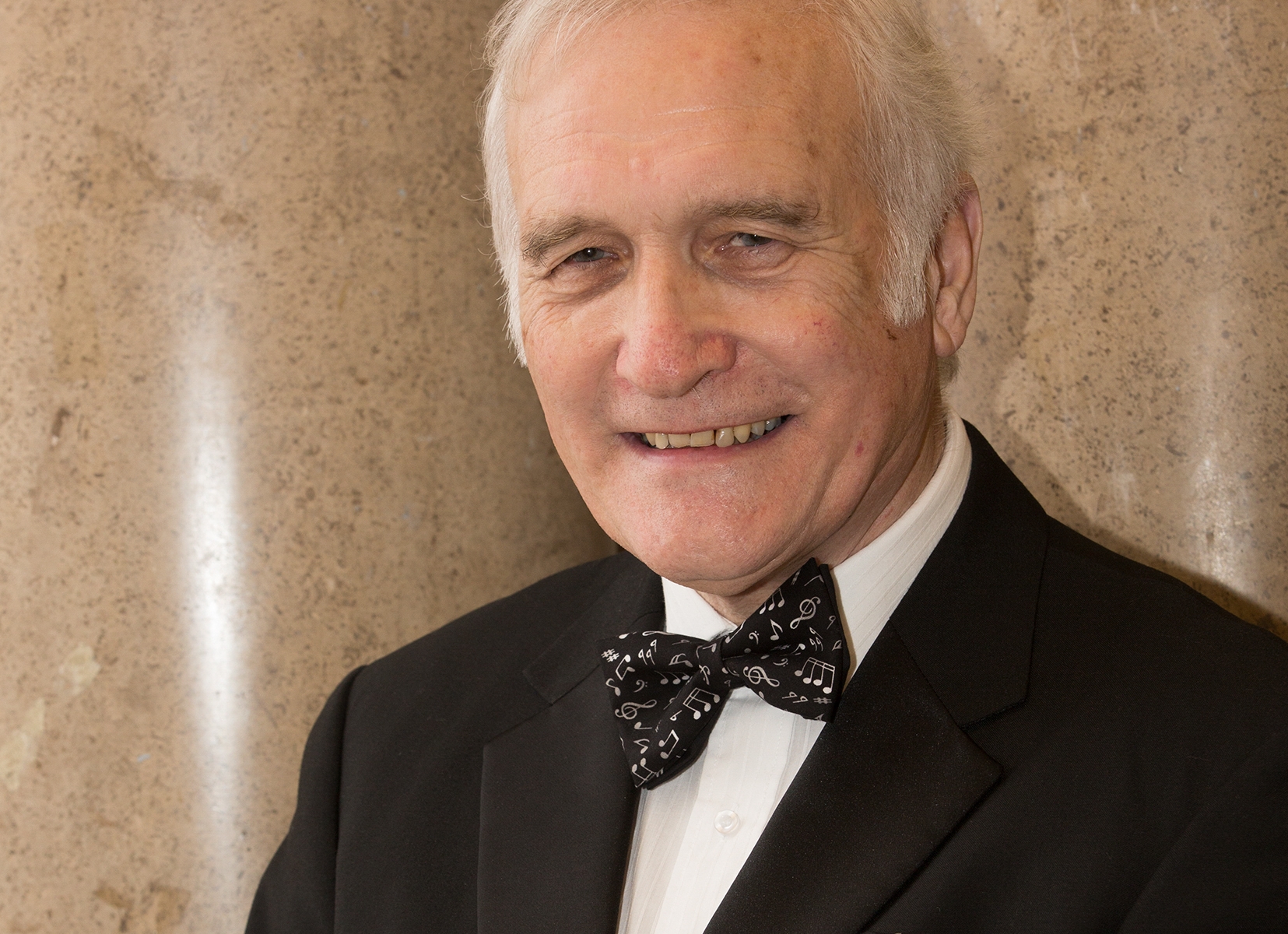 Ernest Young retired as Music Co-ordinator for South Tyneside Council after more than 30 years’ service with the authority.

He had previously been Head of Music at Springfield Comprehensive School in Jarrow, where Bede Wind was founded in January 1989 and rehearsed until the school closed to be replaced by the new Jarrow School.

Ernest has worked as an arranger and conductor for both the BBC and ITV and his compositions have featured on ‘Young Musician of the Year’ as well as all major examination syllabuses.

Much of the band’s music is either composed or arranged by Ernest, who has also written more than 150 compositions and arrangements for church choirs.

In June 2019 Ernest was awarded a British Empire Medal for services to music in the Queen’s Birthday Honours list.